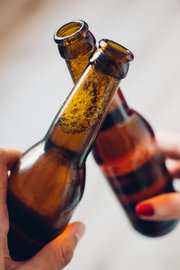 We have a quickfix release version 1.1.2 of getdns.

The brew formula for Stubby installed and configured a version of the getdns library that would not fit other applications using getdns very well. More specifically, libgetdns was configured to output statistics about upstreams.

To allow to display upstream statistics without the necessity for a specifically configured library, this release introduces a single new feature: the ability to register a callback function that will fire when certain subsystems have a log message of a certain severity. Which subsystems will fire the callback can be specified with the registration function. Currently this is only available for upstream statistics, but in the future the log messages for the other subsystems will be provided in a similar fashion.

Besides this single feature, we have a few bugfixes in this release. The most prominent one fixing fallbacks on certain error conditions for stateful transports on MacOS.

For a more complete overview also see the ChangeLog section below.

How to Protect Your DNS Privacy on Ubuntu 18.04 with DNS over TLS
Sun 17 Jun 2018
Media   DNS Privacy   Stubby
Stubby tutorial for Ubuntu on Linux Babe

Quad9, a Public DNS Resolver - with Security
Tue 21 Nov 2017
Media   DNS Privacy   Stubby
Blog post on how to configure Stubby for use with Quad9 by Stéphane Bortzmeyer on RIPE Labs

Privacy: Using DNS-over-TLS with the Quad9 DNS Service
Mon 20 Nov 2017
Media   DNS Privacy   Stubby
Blog post on how to configure Stubby for use with Quad9 by Alex Band

getdns-1.1.3 release
Mon 04 Sep 2017
Stubby
Bugfixes and Stubby in its own repository

First release candidate for getdns-1.1.3
Fri 25 Aug 2017
Stubby
Bugfixes and Stubby in its own repository

DNS Privacy daemon - Stubby
Wed 23 Aug 2017
Sara Dickinson   Stubby   DNS Privacy
A reference page on how to get up and running with Stubby!